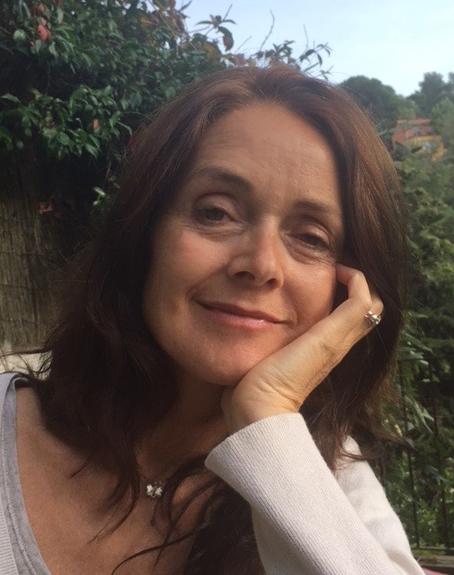 Elena is a visual artist and has been practicing Yoga for over 12  years; two paths that have united into perfect harmony. Circumstances in her life have lead her to deepen her practice and studies towards realizing the powerful  treasure and healing effects of both yoga and yoga nidra.
Her training has consisted in traditional yoga studies and practice, mainly following the non-dualistic Kashmir Shaivism tradition. Her main teachers are Miquel Gabarró and Éric Baret, a direct pupil of Jean Klein, with whom she follows an on-going training according to the non-dual tradition of the Tantric Shaivism of Kashmir. It is this path that has lead her interest towards  iRest® Yoga Nidra. She has learned Yoga Nidra with Miquel Gabarró, Uma Dinsmore-Tuli, Nirlipta Tuli and Stephany Lopez for  iRest® Yoga Nidra for which she is in Certification program.
Her classes are offered to a general public, in particular to those who seek  to connect with their deep, wise and peaceful being by stopping for a moment in their everyday lives to create a space of silence in the presence and intimacy of the body and breath, leading to a more fulfilling and serene life.
She teaches yoga and Yoga Nidra, specially inspired on the  iRest® Yoga Nidra protocol in private 1 to 1 sessions and groups in fluid Spanish, French and English, in Barcelona and Brussels where she lives most of the time.
500h Certified Yoga Teacher by of the Span the European Union of Yoga (EUY), and an iRest®Yoga  Nidra in Certification, Total Yoga Nidra Foundation.