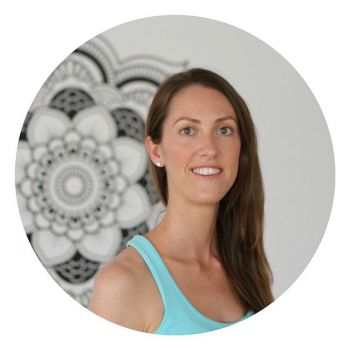 When Kirsty was living in Japan, she witnessed a small group of neighbours come together in the evenings to make ˜funny shapes with their bodies. Mesmerized by these people, each almost triple her age, yet seemingly happier, healthier and far more energetic than she was, she decided to enquire. She learnt that they were doing ˜Yoga and was invited to join in. Kirsty was unable to understand the instructions in Japanese, but quickly discovered that everything she needed to know was revealed when she listened to her body and followed her intuition. She continued to attend the class every week and after a short time, noticed changes in her physical body – pains that had lingered from previous illness started to dissipate.

Kirsty chose to explore the practice further by completing 500-hour Yoga Teacher Training with Kate Pell in Australia in 2007 before going on to study in New Zealand with internationally renowned teacher, Donna Farhi in 2008. In 2015 she received pre- and postnatal certification and Well Woman Yoga Therapy training with Uma Dinsmore-Tuli in England and in 2016 she completed Rest & Restore(R) Restorative Yoga Teacher Training with Judith Hanson Lasater.

Having experienced the healing effects of Yoga first hand, Kirsty is inspired to share Yoga to enhance awareness of breath, movement and conscious rest in everyday life. Her classes are insightful, intuitive and deeply nourishing. As well as teaching general and restorative classes, she has special interest in womens health, including pre- and postnatal Yoga, and in Yoga for positive menstrual health and optimised fertility.

Hailing from Brisbane, Australia Kirsty now resides in Edinburgh, Scotland where she teaches classes, private sessions and retreats. More information about Kirstys training, teaching experience and offerings can be found at www.kirstyinnes.com.au