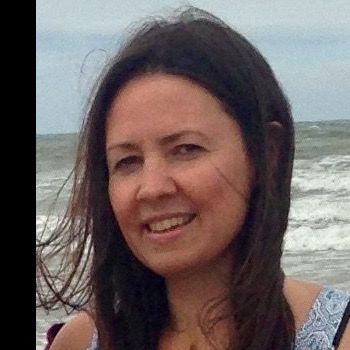 Rhian has been practising yoga since 2000 and has been teaching since 2008. Her mother as well as her maternal grandmother practised yoga and she is grateful for this influence. Her classes include a focus on the breath, movement and flow and are often concluded with a blissful guided relaxation.  Rhian believes that Yoga can be an accessible and life enhancing experience for all and encourages students to listen to their bodies and to become aware of their inner life. Passionate about yoga as a way of life, Rhians approach is a holistic one.

Becoming a Mum naturally opened Rhians love of yoga and her teaching to a softer, more feminine and expansive style and after having her daughter at home, Rhian became aware of the teachings of Uma Dinsmore-Tuli. Rhian trained with her to be a pregnancy yoga teacher and she continues to be inspired by the guidance of Uma and hopes to do more courses with her. Rhian trained to be a BWY teacher with Tara Fraser and has also completed post-natal yoga teacher training with Birthlight. She is fascinated by the wealth of the continued learning that yoga provides

Rhian currently teaches vinyasa flow, pregnancy yoga and post-natal mum and baby classes and one to ones in London. She also offers couples pregnancy for yoga workshops. Before having her daughter Rhian practised Art Psychotherapy alongside yoga and has taught workshops combining both together. She also has an ITEC diploma in massage and is a trained reiki  healer.

Rhian looks forward to warmly welcoming you to her classes.