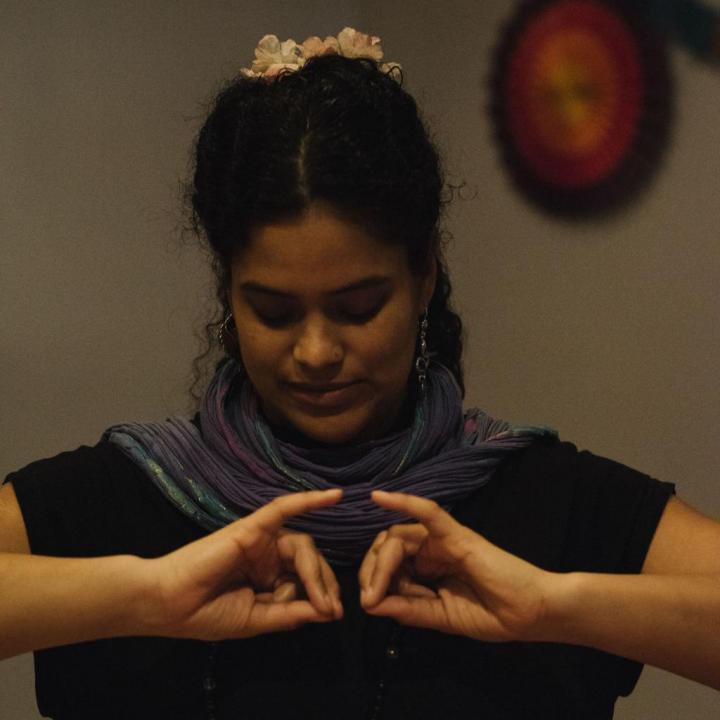 Sivani Mata has been using Yoga Nidra, the sublime practice of “yogic sleep” as a daily practice for many years now, and in April 2013 she completed the Total Yoga Nidra teacher training with Nirlipta Tuli and Uma Dinsmore-Tuli, and is now able to share this invaluable practice which has aided her healing process over the years.

Sivani Mata is also a student of Bhakti Yoga (the yoga of love and devotion) and began her journey with this practice through attending various Kirtan (chanting) evenings in London and on her travels. Particularly with family band GOMA, who inspired her to live in trust and bhakti spirit in all aspects of life. She began to lead Kirtan after spending New Year 2009 with Jai Uttal on his Kirtan camp, followed by a Yoga Teacher Training in Mexico at the Yandara Yoga Institute, where an incredible resident kirtan band, Jaya made chanting a key element. Since then Sivani has been running chanting circles and gatherings in the UK, and has released three kirtan albums produced by bhakti musical magician Tabla Tom: I AM (2012), Shakti Live (2015) and Surrender (2016). As well as her most recent release Jasmine Garden (2017) produced by the amazing Turkantam which blends Kirtan with mystic poetry. Having fallen in love with the path of Bhakti Yoga, Sivani organised the UK’s first ever Bhakti Music Festival (in August 2011), which brought devotional musical practices from various traditions together as one, in the spirit of universal love and devotion. Following on from this she now organises BE LOVE ~ 11hour Bhakti Immersions in London. Inspired by her Bhakti Practice, Sivani also shares Yoga Nidra, Women’s Yoga, Restorative Yoga and Shakti Dance with bhakti spirit, centring these practices in the heart to unveil ones true nature.

Inspired by her Bhakti Practice, Sivani shares Yoga Nidra with bhakti spirit, centring the practice in the heart to unveil ones true nature, and often including mantra as part of the practice. 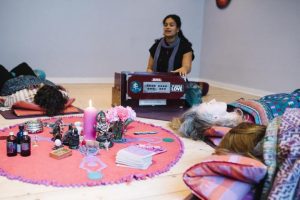 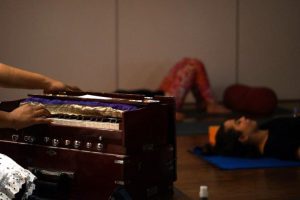 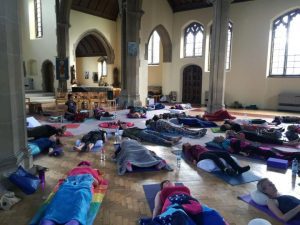